Jovanotti in concert in Ancona on June 20th 2015 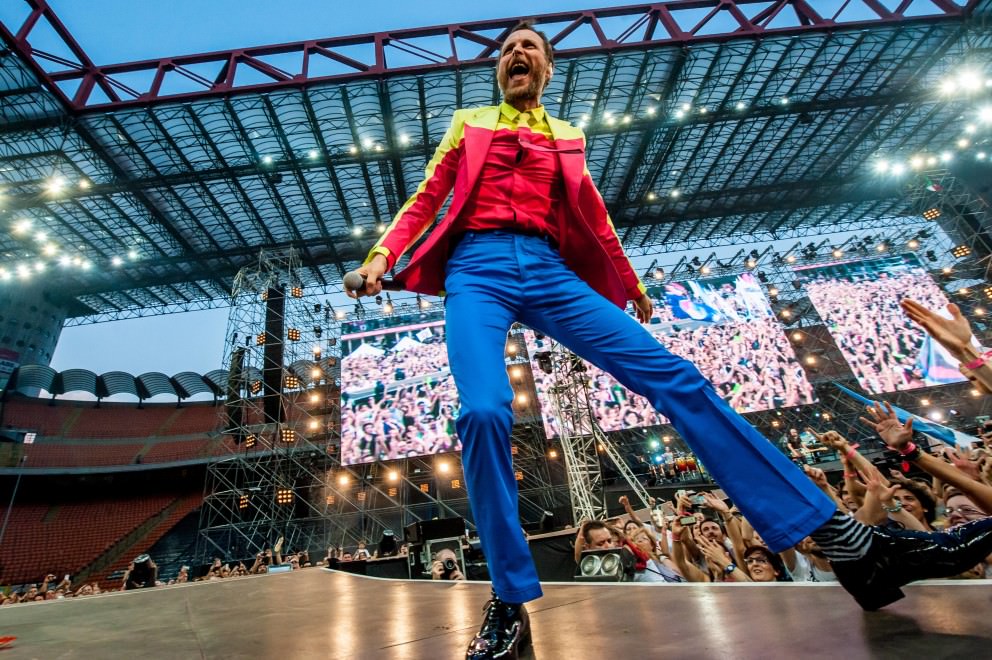 Jovanotti starts from Ancona again The 20th of June Lorenzo Cherubini will begin his tour from “Stadio del Conero” in the Marches capital city, as happened in 2013.

And for the occasion, the singer returns with a new album, surely inspired by the trip between Italy and America, which led to the creation of “Lorenzo 2015 CC.”.

Milan, Cortona, Paris, New York and Los Angeles were the production sites of the album, defined by Jovanotti himself as “free from any kind of conditioning, of fashion, of sounds of the past, and very instinctive”.

You can already admire from the date of Ancona the huge stage of 80 meters, which will be the heart of a show, inspired by the greats of rock and roll as Springsteen and U2.

From Sunday, June 7th Jovanotti will be in Ancona and simultaneously will start (for about two weeks) the official practice of the entire Tour in 2015.

The concerts will be opened by the Italian rapper Salmo, defined by the same Jovanotti as “the most eclectic artist of the Italian hip hop movement”.

Would you like to attend Jovanotti’s concert and stay in Ancona?
Choose our bed&breakfast, book now for a truly unforgettable stay!
BOOK NOW!
+ Google Calendar+ Add to iCalendar